This site not working in IE 8 or lower 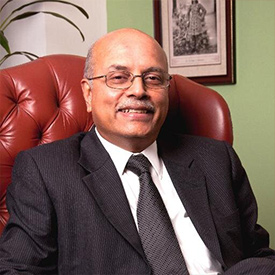 Mr. Shailesh Haribhakti, Non-Executive Independent Director, is a Chartered and Cost Accountant, and a Certified Internal Auditor, Financial Planner & Fraud Examiner. During a career span of four decades, he has successfully established and led many innovative services. Mr. Haribhakti lends his expertise to several professional and regulatory bodies, and has played a leadership role across several of these bodies. He is on the Board of several public limited companies. 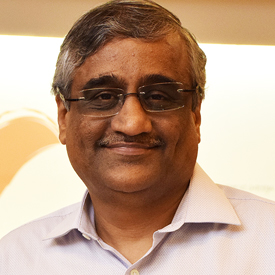 Kishore Biyani is the founder and Group CEO of Future Group. Widely credited as the pioneer of modern retail industry in India, Kishore Biyani is a mentor and role model for many Indian entrepreneurs and a thought leader in Indian business.

Over the past two decades he has created and leads some of India's most popular retail chains like Big Bazaar, Central, Brand Factory, Foodhall, fbb, among others. Over time, various retail chains like Nilgiris, Aadhaar, Easyday, Heritage, HyperCity and others have also become part of Future Group. These retail chains are present in more than 250 cities across India and attract over 500 million customers footfalls annually. Simultaneously, he has also led the creation of a wide portfolio of consumer goods brands in fashion, food and electronics space, that are distributed through the group's retail chains and various other modern retail networks in the country. The group also made substantial investments in technology, analytics, food processing, logistics and warehouse networks, provides mentorship and investments to many Indian entrepreneurs and brands and operates joint ventures with Clarks, Generali Group, Hidesign, among others.

A believer in the group’s corporate credo, ‘Rewrite Rules, Retain Values,’ Kishore Biyani considers Indianness as the core value driving the group. His autobiography, ‘It Happened In India,’ has been translated into a number of languages. Kishore Biyani was born in August 1961 and is married to Sangita Biyani. They live in Mumbai with their daughters, Ashni and Avni. 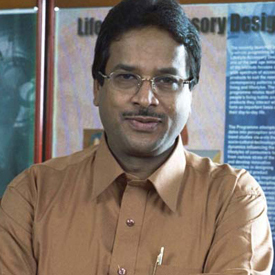 Dr. Darlie Koshy is an Independent Director of the Company. He holds a PhD from IIT Delhi, besides an MBA degree. He has served the National Institute of Design (Ministry of Commerce, Govt. of India) as Director for two terms. Prior to this, he was the founding Chairperson of Fashion Management at the National Institute of Fashion Technology (Ministry of Textiles, Govt. of India). He is currently Director General and CEO of ATDC Network of 58 Institutes / Centres and two premier campuses of Institute of Apparel Management under the aegis of AEPC (Sponsored by Ministry of Textiles, GOI). Dr. Koshy received the Delhi IIT Alumni Award for his contributions to National Development in 2008. Dr. Koshy has also been conferred with the ‘Star of Italian Solidarity’, one of the highest civilian awards bestowed by the Government of Italy. 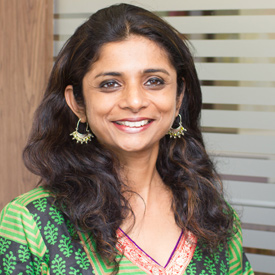 Ms. Sharda Agarwal holds a postgraduate diploma from Indian Institute of Management, Bangalore and a B.Sc. Honours (Economics) degree from St. Xavier’s College, Kolkata. She is a renowned marketing and brand expert, with over two decades of experience in various industries and sectors. She is the co-founder of MarketGate Consulting. She has served as Director of Marketing at Coca Cola India and was also associated with Johnson & Johnson in India and the US. She is also the co-founder of Sepalika, a website that helps people with chronic ailments. 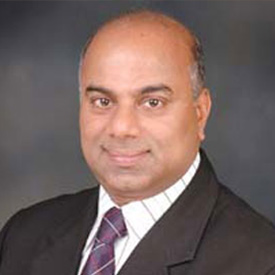 Mr. Bijou Kurien is an Independent Director of the Company. Mr. Kurien has been associated with marquee brands in the fast moving consumer products, consumer durables and retail industry in India for over 34 years. His previous assignment was with Reliance Retail Limited. He has also worked with Titan industries Limited and Hindustan Unilever Limited.

Currently, he is an independent consultant and member of the Strategic Advisory Board of L Capital, Asia (sponsored by the LVMH Group), and also advises several consumer product companies and mentors a few start-ups. He is also on the Advisory Board of leading Management Education institutions, the World Retail Congress, and Mentor to the FICCI Retail Committee. He has done PG Diploma in Business Management from XLRI, Jamshedpur. 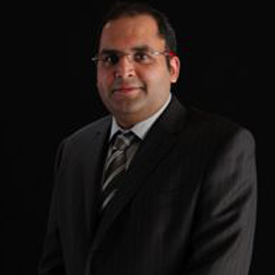 Mr. Rakesh Biyani, Non Executive Director,Future Lifestyle Fashions has been associated with Future Group for over 20 years and is actively involved in the growth of various business formats of the Group. He has led the management and expansion of the Group’s flagship formats like ‘Pantaloons’, ‘Central’ ‘Big Bazaar’ and ‘Food Bazaar’. Mr. Rakesh Biyani is actively involved in Category Management, Supply Chain & Logistics Management, Retail Stores Operations and Information Technology. He is a commerce graduate from HR College of Commerce & Economics, Mumbai and has done an Advanced Management Program from Harvard Business School. 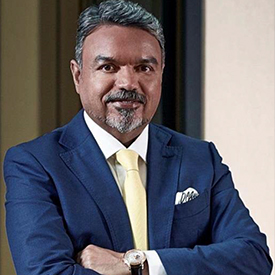 Mr. Ravinder Singh Thakran holds an MBA from the Indian Institute of Management, Ahmedabad. He has been working in various leading positions at the Louis Vuitton Moët Hennessey Group (LVMH) since 2001 and has been the Group Chairman of LVMH South & Southeast Asia, Australia and Middle East since September 2007.

Mr. Thakran, a L Catterton nominee, launched L Capital Asia (currently known as L Catterton Asia) in 2009, which is currently raising and simultaneously deploying capital from its third private equity fund, having previously deployed over US$ 2 billion (including co‐investments). L Catterton, formed in 2016 through the partnership of Catterton, LVMH and GroupeArnault, is the largest consumer‐focused private equity firm in the world, operating six distinct fund strategies out of seventeen offices located across five continents.

Prior to his time at LVMH, MrThakran held senior management positions at the Swatch Group, Nike and the Tata Group. 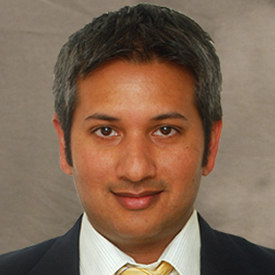 Mr. Luv Dinesh Parikh received a BS in Economics, majoring in Finance and Entrepreneurial Management from the Wharton School, University of Pennsylvania in 1998. He also received an MBA from Columbia Business School in 2006, where he was a recipient of the Board of Overseers Fellowship and graduated as a member of the Beta Gamma Sigma Honors Society.

Prior to joining Blackstone in 2008, Mr. Parikh was at Lehman Brothers New York, where he was part of the Financial Sponsors, Leveraged Finance and Corporate Advisory teams within investment banking. Prior to Lehman, Luv was the CEO of an automobile distributorship company in India where he led a successful turnaround in the company’s profitability. Luv started his career at Prudential Securities in the Private Equity Placements Group. 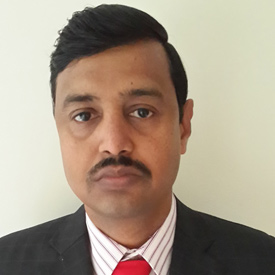 Mr. C.P. Toshniwal, is currently the Non-Executive Director of Future Lifestyle Fashions Ltd. (FLFL). He is a qualified Chartered Accountant and Company Secretary. Mr. Toshniwal started his journey with Future Group in May 1997 and has over 25 years of rich managerial experience. Prior to his association with Future Group, he worked with other corporate houses like Donear Synthetics Limited, Orient Vegetexpo Limited and Control Print India Limited. Mr. Toshniwal has strong domain knowledge of the Indian Retail Industry with good understanding of Information Technology Systems and a proven ability in setting up systems and procedures for Robust Management Accounting. He has rich experience in the field of Corporate and Strategic Planning, Financial Planning & Restructuring, Risk Management System and Process Implementation, Mergers, Amalgamations, Takeover of Business Enterprises, Raising Capital through innovative financial products. Additionally he is a very good leader with strong relationships with stakeholders and employees. He has been awarded the Best CFO Award-2011 in the Service Sector Category by The Institute of Chartered Accountants of India. He has been also awarded “CFO100 Roll of Honour” by CFO India for his extraordinary performance as senior finance leader in Retail Industry. Mr. Toshniwal also holds the position of Chairman of Finance Committee of Retailer Association of India. 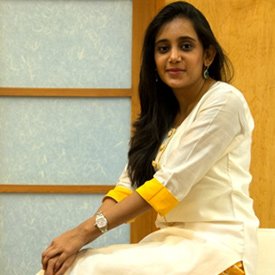 Avni Biyani is the Concept Head of Foodhall, the specialty food superstore from Future Group. She formally joined Future Group in 2011 as part of its food business and over the years has established Foodhall as India’s premium lifestyle food destination.

Avni is also a part of Future Group’s Integrated Food Strategy Council and is responsible for ramping up the group's foray into the premium food segment. She has a keen interest in the fashion & lifestyle businesses of the group and is closely involved with the launch of India’s first fast fashion brand – Cover Story.

Avni Biyani, 26, is the younger daughter of Kishore Biyani, Chief Executive of Future Group. She studied at Dhirubhai Ambani International School and graduated in Sociology & Politics from New York University. Apart from her interest in liberal arts and humanities, Avni is a passionate cook and a connoisseur of various global cuisine. Her love for travelling and exploring new places across the world has translated into her vision for Foodhall. Observing customers also inspires her in many ways to comprehend a lot of business practices and selling styles. Avni loves to ski and is also a trained classical dancer.